Martin Stephen Jones is a 39 year old singer songwriter/guitarist from Greenock who sings and writes songs in English and Spanish. Martin’s influences range from soul to country to blues to folk, rock and Hispanic music. Martin was introduced to folk music festivals by his grandparents and met the late Danny Kyle through them. Danny encouraged Martin to perform at his Geezabrek clubs at folk festivals around the country. Martin sang and played at Killin, Bute, Glasgow, Dundee, Dalmellington, Tinto and Edinburgh folk festivals receiving praise at the age of 14 in a review from the Herald newspaper for his singing.  As a singer songwriter, over the years Martin has taken part in songwriting projects with Findlay Napier, Yvonne Lyon and James Grant sharing a stage with Findlay and James. Martin has headlined his own shows at Glasgow’s Lentfest festival both in solo format and with his band put together for the festival. Martin has supported the likes of Kim Richey, Martha Healy, Yvonne Lyon, Alistair McDonald, Declan O’Rourke, Old Man Luedecke, Gaberlunzie and Jenn Butterworth & Laura Beth Salter. Martin auditioned for The Voice in 2017 getting as far as the London call back stage which is the stage before the red chairs. Martin has been a regular performer at the Danny Kyle Open Stage at Celtic Connections. Martin participated in the Billy Kelly songwriting award in 2008 reaching the final five. Martin has appeared at various festivals over the years including the Inverclyde Folk and Roots festival, Songwriters Uncovered Series, Paisley Spree festival, Southern Fried festival, Marymass folk festival. Martin was often referred to by Danny Kyle as “the precocious brat from Sugartown” which inspired Martin’s song Sugartown. Martin is fluent in Spanish and also speaks Portuguese and Catalan. Martin is a regular at the Greenock Boat Club Sessions.

This film is part of the Inverclyde Open Studios series, exploring the lives and work of some of Inverclyde’s great artists. The series was filmed and edited by Tall Tale Films. Coordination and captioning by Jenny McVicar. It was programmed by CVS Inverclyde in partnership with Inverclyde Council and funded by Creative Scotland’s Create:Networks. 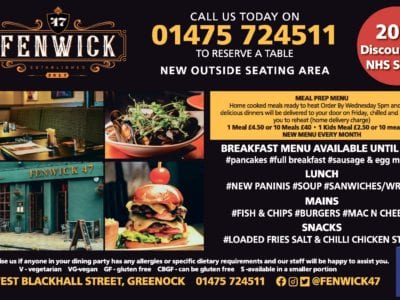 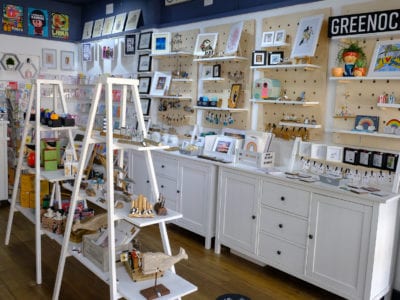 The Pirate and Bluebelle

Local Business
The Pirate and Bluebelle is a beautiful gallery and gift shop in Gourock. 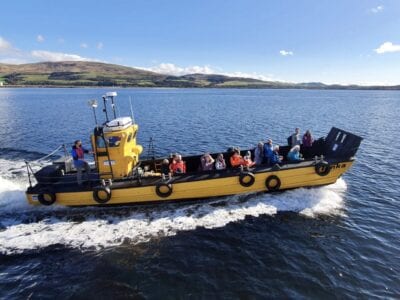 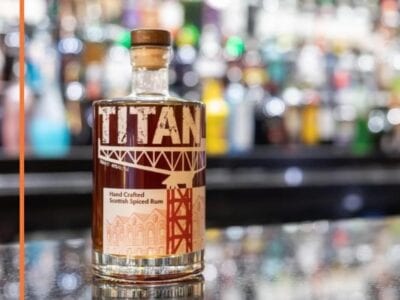 Food & Drink
Titan Spirits is a new Scottish company born out of a love of Caribbean rum.
This site uses cookies: Find out more.